Over the past couple of days, I have been porting one of my open source projects over to ASP.NET MVC 4 Web API. To do so, I’m using Visual Studio 11 Beta running on Microsoft Windows 8 Consumer Preview. 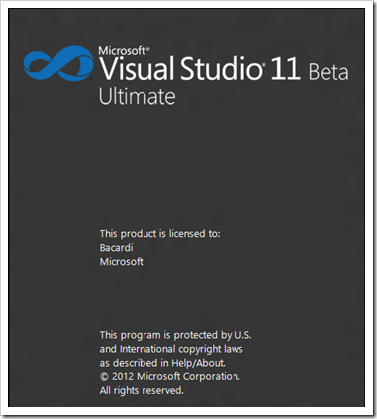 So I launched Visual Studio 2011, opened the project, and ready to connect to the CodePlex TFS Server, I tabbed over to Team Explorer where I found an option to “Sign up for Team Foundation Service”, apparently a

Because I was not previously aware of the service, and was now curious, I clicked on the link which directed me to http://tfspreview.com. 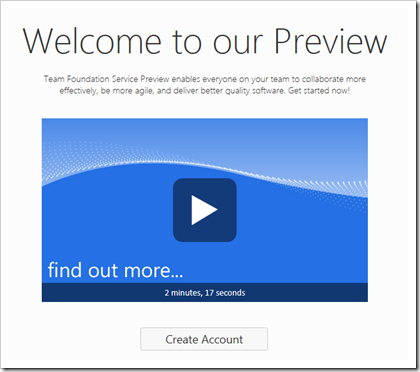 After watching the introductory video, I was even more curious about the offering because unlike github, all projects in CodePlex are public. I understand that the reason is because they serve different purposes, but I’ve longed for a hosted solution such as github, that offers public and private repositories/projects yet optimized for .NET and the Visual Studio IDE. It’s not that I am VS handicapped or anything, it’s just that I have my code window on one screen, the database on another, and the visual output or email on another; that said, screen real estate is a scarce resource for me. Therefore, a fully integrated and functional IDE totally rocks, even if it does consume 200MB – 300MB of memory when running

In any case, while watching the video series over at Channel9, I can see where you are able to add contributors to your projects, but I don’t see any indication that a project/repo can be set to either public or private. But, this is preview, so there is still a chance that this functionality could be included in the final release. My speculation is that Microsoft’s position will be something along the lines of place your private projects on TFS Service and your public projects on TFS for CodePlex as depicted by the image below. 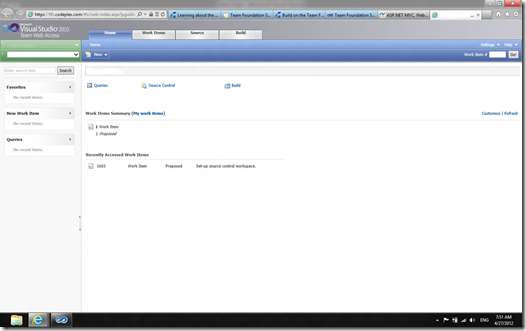 This approach to managing public and private projects could be beneficial as it may provide for easier management of security with no concern for cross-pollination. In addition, because the build service does require an on-site server, this may not be an option with CodePlex.

So let’s just stay tuned as Microsoft continues to bring more of the cloud goodness our way! BTW, I was placed on the waiting list when I attempted to sign-up. I only wish that I had learned of the service sooner.