In order to target some framework packages in Visual Studio 2017 RC, you should ensure that you have the latest Windows Insider Preview release installed. This will require that you participate in the Windows Insider Program, which is Microsoft's platform for distributing pre-release versions of Windows 10 and the accompanying .NET Framework SDK's. So head over to the Windows Insider site, sign-in, and follow the steps outlined on the page, which as of this writing are below. 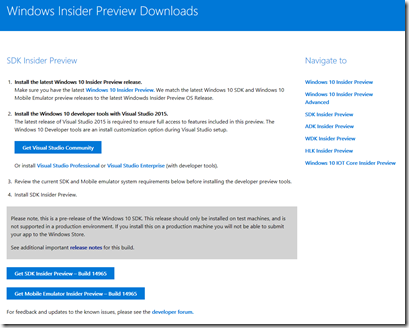 Once the Insider Preview Release build is installed, you should be able to create Windows Universal projects using Visual Studio 2017 RC.

Also, note the important disclaimer regarding Windows Store access. In essence, any applications submitted to the Windows Store that have been built using the pre-release SDK will be rejected.

In attempting to load a new Universal Class Library in Visual Studio 2017, I was presented with this error: 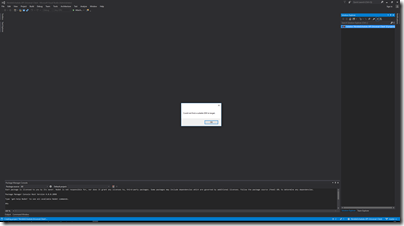 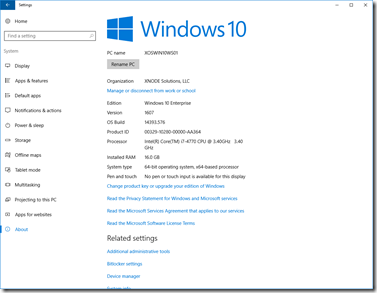 Given that I already participate in the Insider Program, I needed only to switch on Insider Preview builds for this workstation. 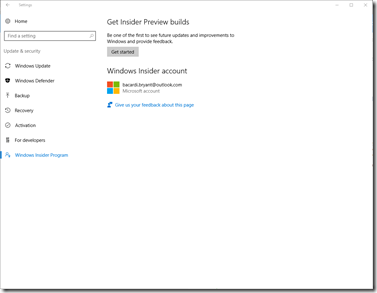 So I proceeded to the Action Center > All Settings > Update and Security > Windows Insider Program and clicked Get Started. Then I sat back and allowed the device enrollment and installs to proceed.

Because I would like for this workstation to remain somewhat stable for on-going development, I opted for the Slow Insider Level.

All set to go.

Having installed the latest Insider Preview build, which brought with it the accompanying SDK's I was set. I launched Visual Studio 2017 and proceeded to create a new Universal Windows project and was presented with this dialogue: 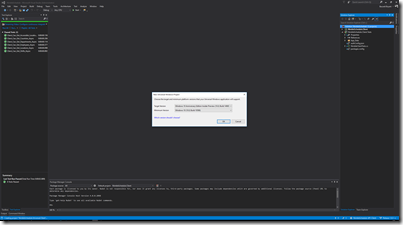 You will easily note that you can't target a build that is higher than that which is installed on your workstation, yet you can choose a minimum version as low as the initial release of Windows 10.

If you're unsure of which versions to choose, click the link Which version should I choose? which will take you to a page that will define the differences in the various versions which should help you to choose the correct versions for your project.